How to Get a Snow Groomer Unstuck

So you got stuck, did you? Who moved that trail marker, anyway?
Can you have too much of a good thing? We all hope for snow, but this year the northern mountains in Colorado have been blessed with the best conditions we have seen for 15 years. Recently, I was day dreaming while grooming out the trail edges, and I ended up pulling the classic “fell off the trail move”. I happened to have a camera, so I thought I would record my foolishness and possibly turn it into a “teaching opportunity”…

This little problem occurred at a point where the trail crosses a draw perpendicular to the prevailing winds, and therefore, drifts in constantly. What we end up with is a packed trail surface that is perfectly flush with the unpacked snow on either side of the trail. On January 20th, the packed trail surface was exactly 48” above the ground in this spot, and the snow on either side of the trail is our typical dry powder – basically if you step off, your boots go right to the ground. And, that is exactly what happened when I staggered off the seat on the low side… 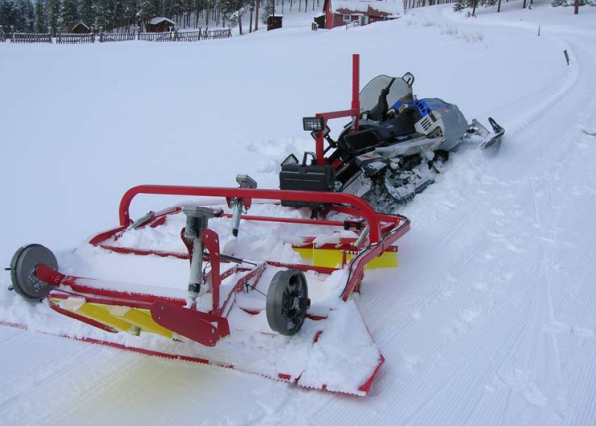 1. Unhitch. We are using the new G2 gooseneck hitch, which makes unhitching pretty easy. Just release the receiver catch, unpin the adjusting post, and lift the post up off of the ball. This is much simpler than dealing with the conventional loop and pintle, which at this point would likely be jammed tight. 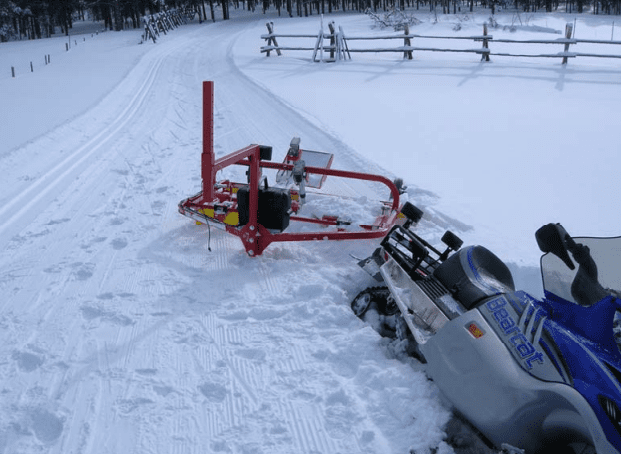 2. Swing the hitch end of the G2 back onto firm trail. Again, the gooseneck offers an advantage: about 4’ of lever arm makes it easy to pull the front end over. Because I did not fool around trying to move without unhitching, (and because the G2 floats so well) the G2 itself was not buried at all and easily pivoted over into a safe position for re-hitching. 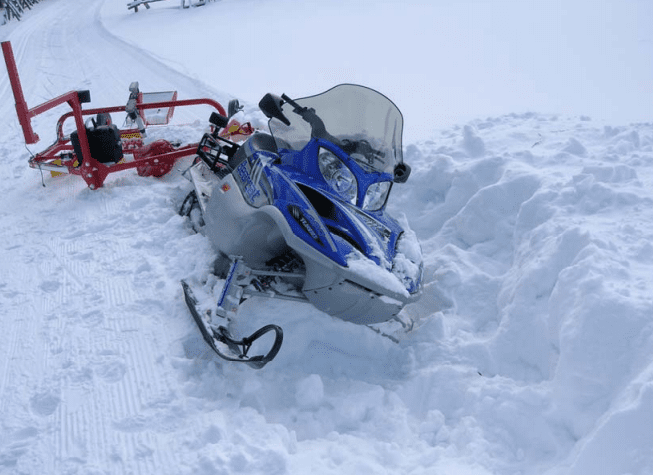 3. Shovel. You did bring a shovel didn’t you? Actually, I had left it behind because it was going to detract from the pictures I was planning to take later. Fortunately, a handy shovel was found in the barn 100 yards up the trail. I shoveled enough from under the snowmobile so that it rolled back onto the track, and removed enough snow from the front and low side of the machine to give it room to “get going” when we were ready. 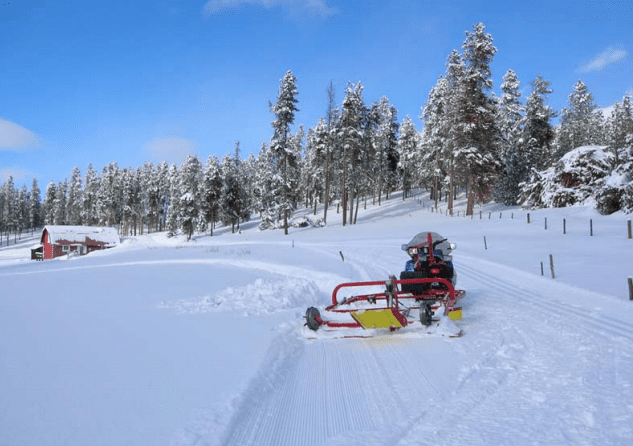 4. The fun part. Ok, I admit it, after hours and hours of 8 mph, it is a treat to “have” to go 30 mph just to get the machine to plane on the powder and steer a wide circle back to the trail. 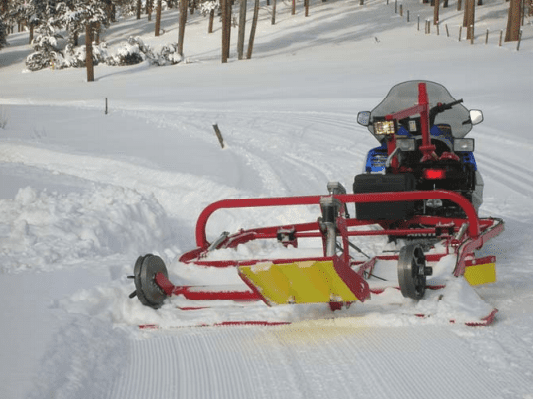 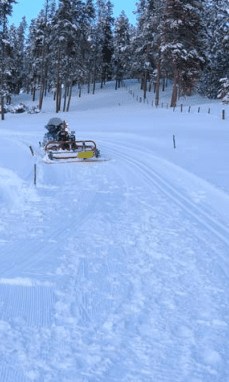 6. Replace your divot AND put that trail marker back in the right place.